Is Carnival by Tresind’s 5th Season its Best Ever?

When it comes to modern Indian cuisine, Dubai has a plethora of options. Perhaps even a smidge more than a plethora. Standing out from the pack isn’t easy, but Carnival’s whimsical approach to the complex cuisine sets it apart. Not only do they serve up dishes that are colorful, delicious and most unusually, fun, but they completely revamp the menu every few months, each season bringing dishes inspired by a new concept. Season 5 brings an entirely new menu, this time inspired by the historical influence of colonial rule on India. Being one of our favorite restaurants in Dubai, a new menu gives us the perfect excuse to return – most Dubai eateries shill the same menu for years on end (those fortunate enough to stay in business that long), so we love that Carnival always has something new to show us. 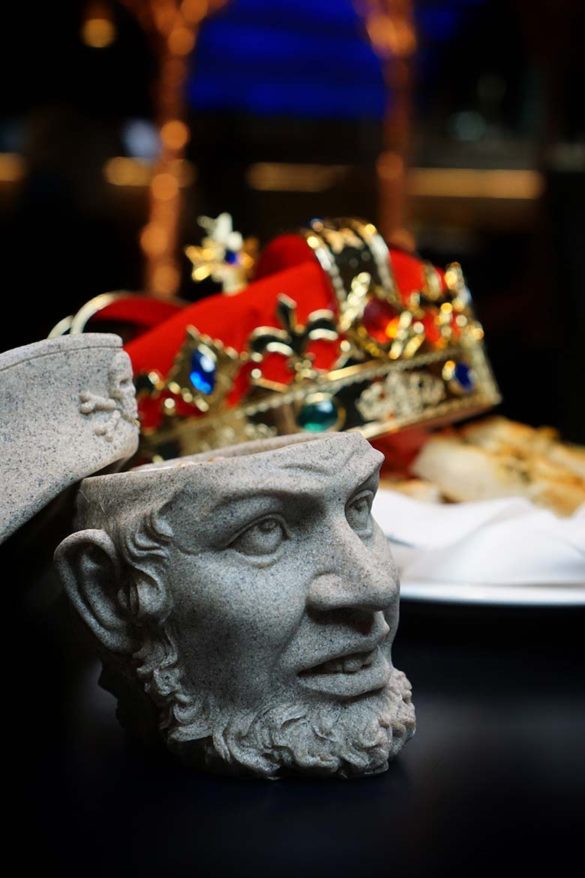 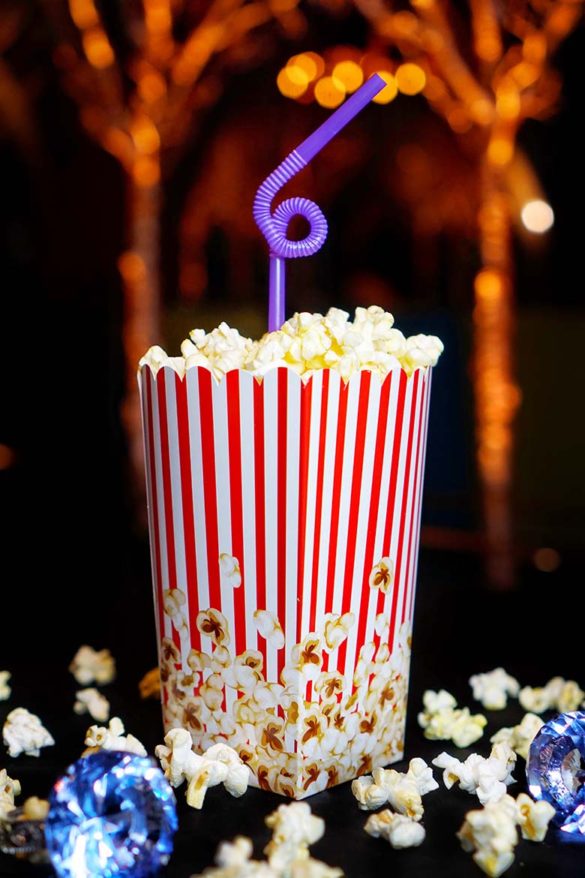 Carnival’s playful spin on the colonial theme is evident right from the breads course, with said breads being served under a giant crown accompanied by a spread in a stone head resembling a British sailor. The delish foccacia is devoured over the first round of cocktails, but dare not order seconds as we know we’re going to have to save plenty of room for the enormous range of fab dishes on offer. Speaking of cocktails, Carnival has as much fun with it’s drink as it does with its food.  My cocktail is stealthily hidden inside a popcorn box (topped with popcorn – free snacks!) and I wonder if this could be the way to smuggle cocktails into the cinema in the future… 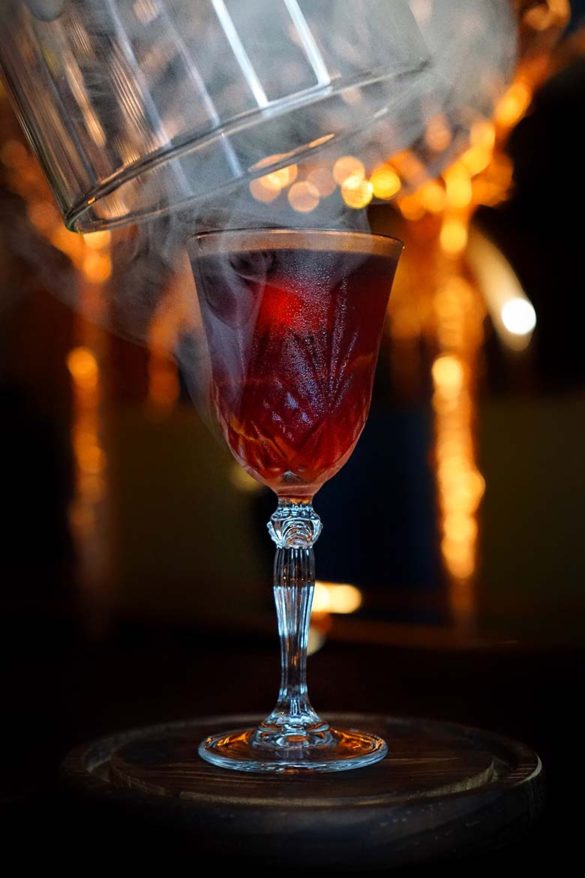 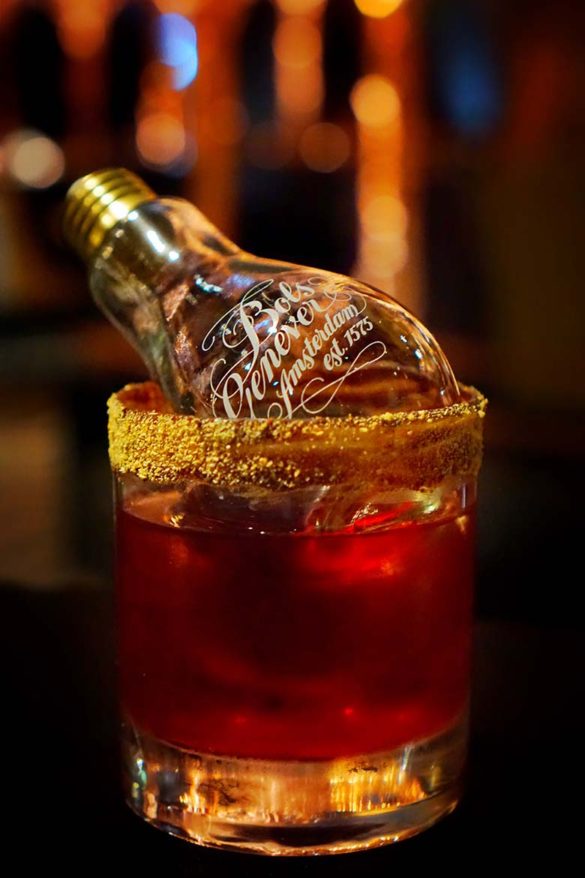 The chaat course has always been our favorite dish at Carnival’s big brother restaurant, Tresind (which FYI has just reopened, for all those fans out there).  There, it’s theatrically plated on to a trolley with artistic flourishes, dry ice and plenty of incredible flavours – and now Carnival has now created its own signature chaat service with it’s lit up chaat carriage. While Tresind’s version comes to your table, this one requires you to go to it, echoing the street food nature of the dish. You’ll receive four different types of chaat from the carriage: Taco Papdi Chaat, Nitro Bhel Puri, Pani Puri Rasgulla and Ghugni Chaat. Out of the four, three were stunning and brought back memories of Tresind’s knockout chaat (it’s hands down one of the best dishes in Dubai) but the Pani Puri Rasgulla, inspired by a dessert of the same name, wasn’t for us (probably due to our strong dislike of cardamom desserts).

Carnival’s Prison Break is up first, the wooden cage shielding a bowl of delicious fenugreek, spinach & gram flour fritters with yoghurt, mint and green chili chutney for dipping. This gave us serious onion bhaji feels and then some – both fritter and dip hit the right notes in this dish. Their Aglio-e-olio Chicken Kebab delivers the necessary chicken tikka hit we crave when out for Indian, marinated with olive oil, garlic and red chili and cooked in the tandoor – another winner. 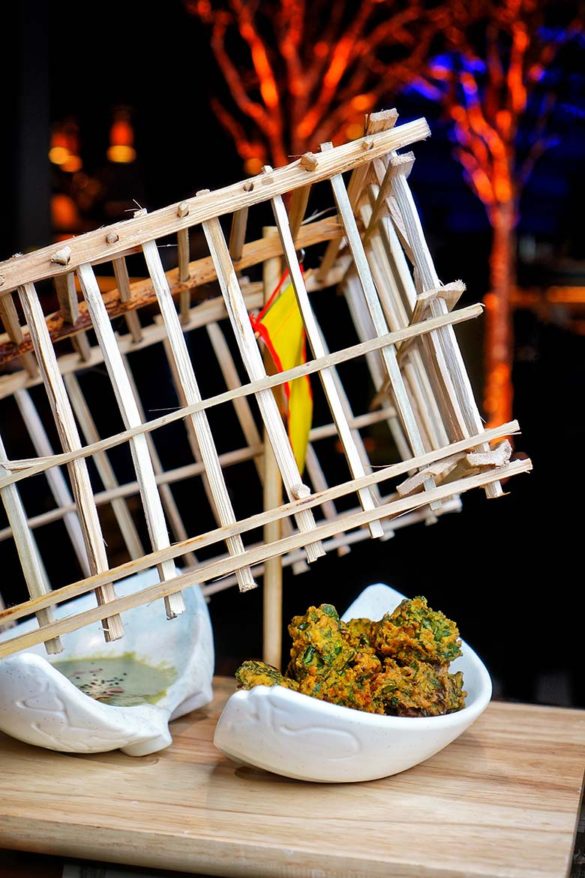 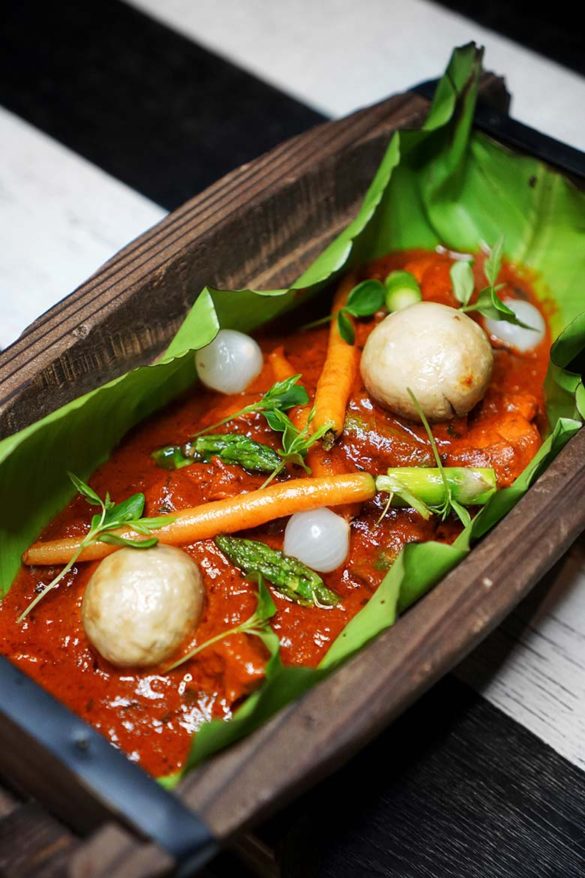 Because we just can’t get enough chicken tikka (who ever can), we also order the Coq-au-vin masala which is all India-meets-French-bistro – chicken tikka deglazed with red wine, topped with asparagus, pearl onions, button mushrooms and baby carrot. As per all of our dishes thus far, it has the table raving, and it’s devoured in minutes. 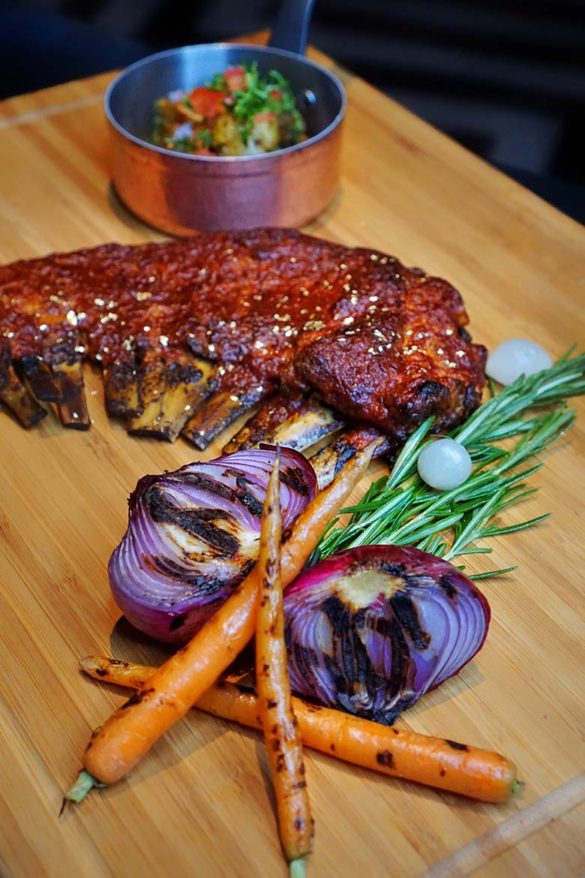 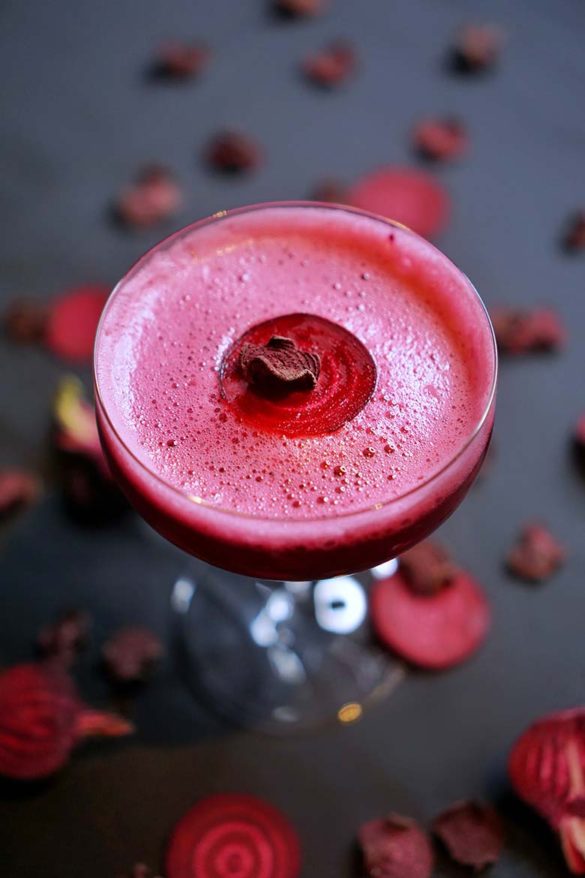 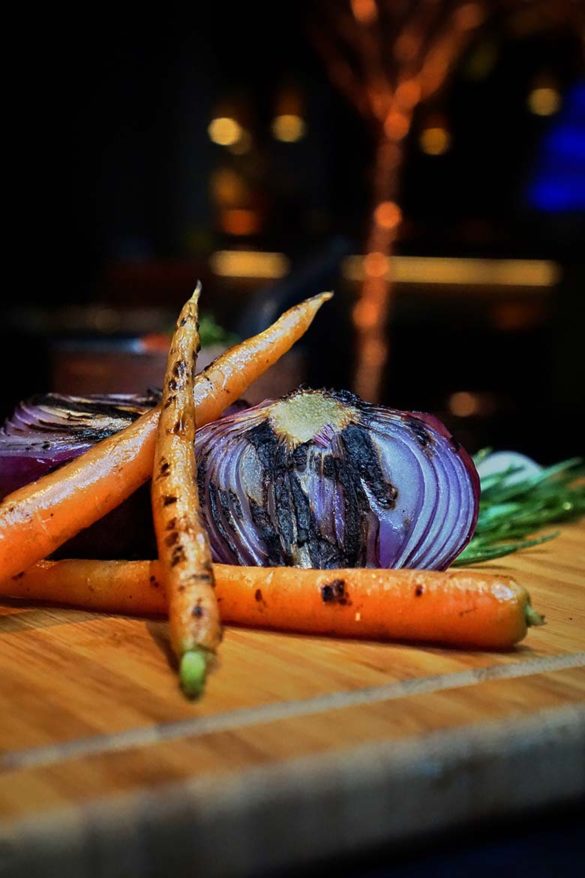 Next up is ‘Rib Cage’, and the only issue we can find with the serving of four-hour braised baby lamb ribs is that there aren’t more to share around – they’re gone in sixty seconds. We’re tempted by one more savoury dish – the Double Roti Dahi Kebab, which somehow manages to makes white bread look oh-so fancy. It’s used as the casing for an empanada of sorts, stuffed with spiced curd and veges served alongside caramelized pear, roasted walnut and lashings of Carnival’s delish tamarind and plum chutney. Just another dish that we’d happily order a second (and third) helping of. 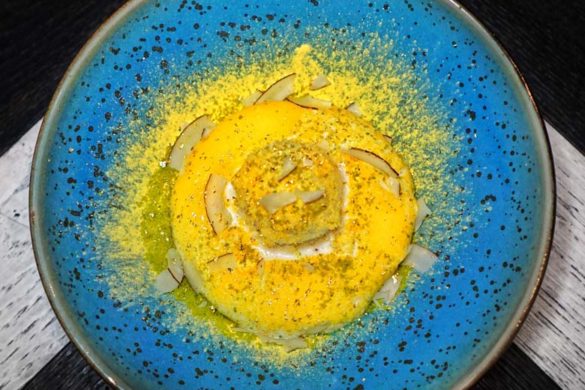 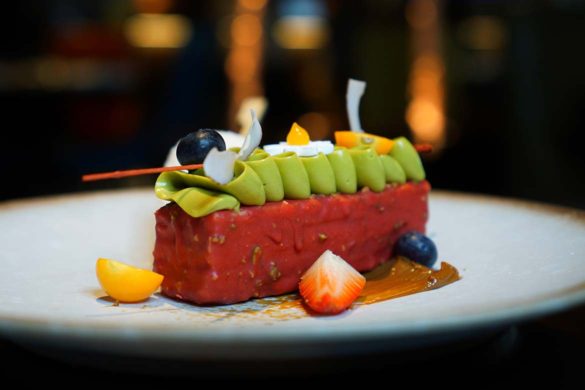 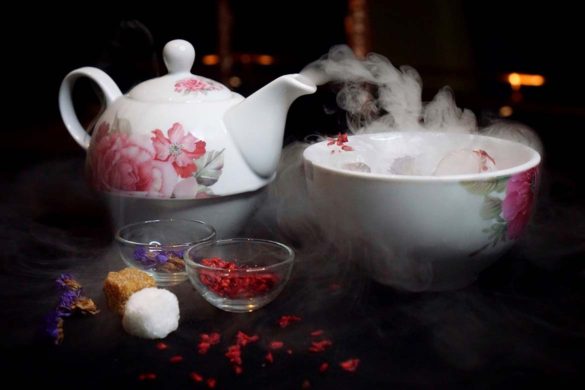 We’ll admit we sometimes struggle with Indian desserts, but Carnival’s mango ice cream sandwich, with angoori ras malai and rabdi foam (no, we don’t know exactly what that is) hits the spot, and we can’t resist squeezing in an oh-so-tropical Ghost Rider cocktail, complete with flamboyant flames and smoke (see pictures below), before we depart. 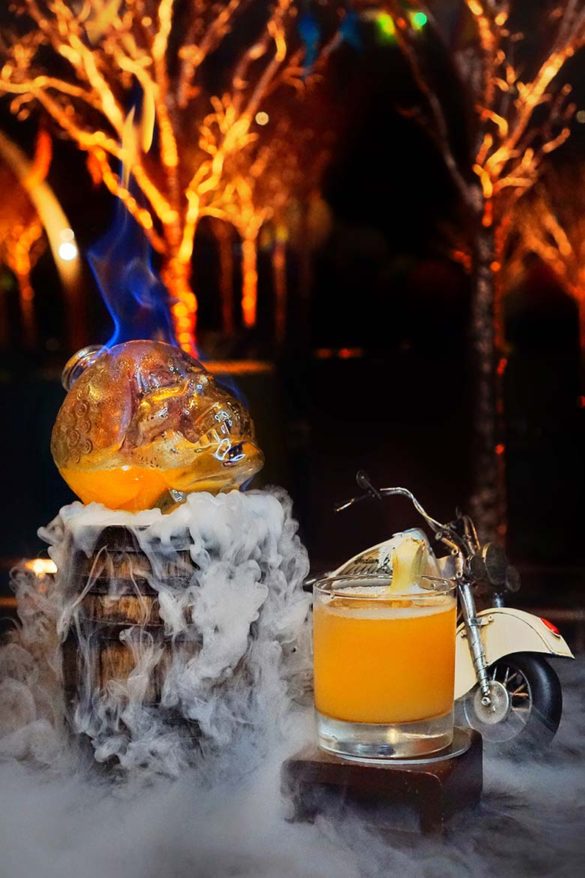 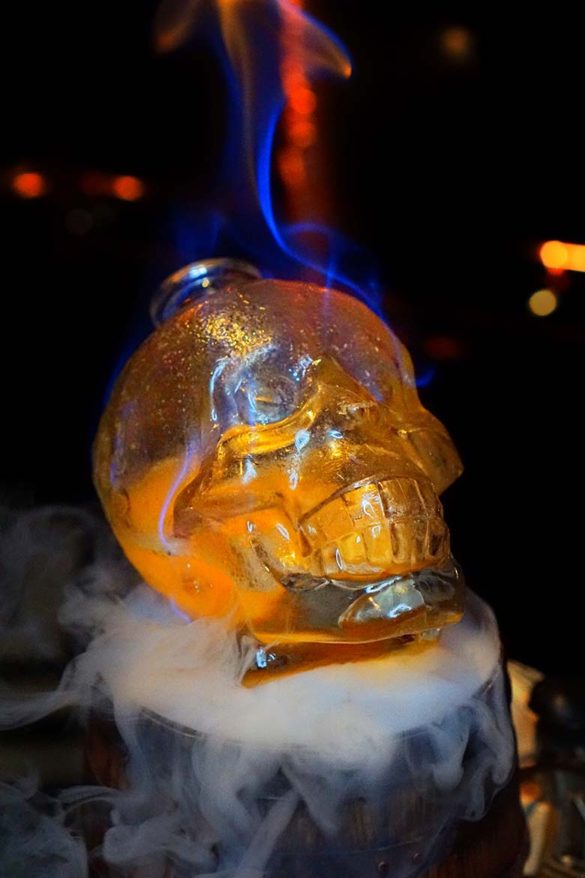 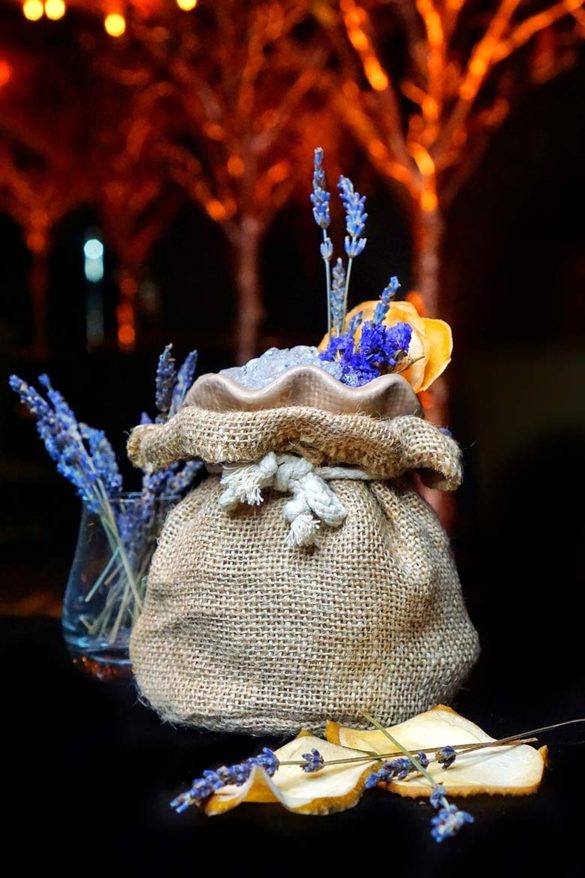 As fun-filled and colorful as its name suggests, Carnival is always a crowd pleaser. It’s our go-to when visitors are in town but impresses seasoned Dubaians equally – we’ll definitely be back with our appetites prepared to check out their new brunch.

Are you a Carnival by Tresind and Tresind fan?

Is Carnival by Tresind’s 5th Season its Best Ever? was last modified: August 19th, 2018 by Zoe Bowker

Finally Dubai Has a Tasting Menu Experience That...

A True Feast for the Senses at Dubai’s...

Welcome to the Dark Side: Arcadia’s Deliciously Decadent...

Why We’re head Over Heels For Auckland’s Cassia