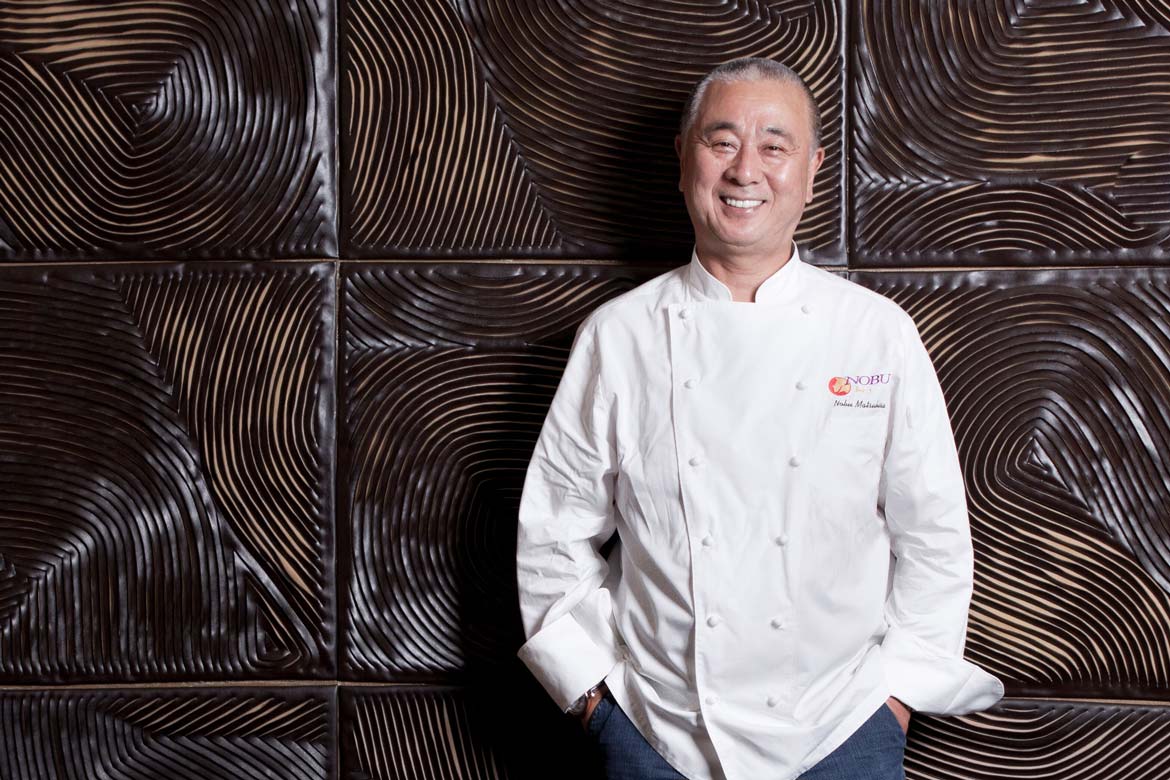 Nobu Matsuhisa, the man behind the eponymous Nobu and Matsuhisa restaurant chains and hotels, has always been a trendsetter. Known for taking Nikkei cuisine to the world, Nobu has always blazed a trail that others followed. His newest initiative is a bold one – and one we hope to see others again taking note of.

The change is certainly a risky one, given the legions of hardcore Nobu devotees around the globe that love things just the way they are. Things certainly ain’t broke, but Nobu has decided to fix it anyway. He’s making moves to remove this ingredient from the menu – food and drink included. It’s even in his most famous menu item, his sushi. The ingredient that’s on the out? The long-standing enemy of low-carbers and nutritionists everywhere, sugar.

Risky? Sure. But Nobu is a chef that isn’t afraid to lead the way, and we think this is the most positive change we’ve seen in dining for some time. Obesity and type-2 diabetes are plaguing modern society, with sugar touted as the culprit for many a modern ailment. Don’t panic, however, the sugar may be gone but the sweetness is certainly not. It’s simply been replaced by a natural sweetener hailing from Asia that’s slowly gaining in commercial popularity – monk fruit.

Monk fruit, or lo han guo as its also known, is a small round fruit that delivers a sweetness punch around 150-200 times sweeter than its much maligned counterpart. Cleared by the US government in 2009 for legal use in food products, it’s taken its sweet time (excuse the pun) to filter down into mainstream use.

As someone who doesn’t eat artificial sweeteners for health reasons (they were discovered by accident while developing pesticide, after all) but still can’t quite get used to the taste of Stevia, we were pleasantly surprised by the results of Nobu’s monk fruit magic trick. We couldn’t discern any noticeable taste difference, yet the monk fruit delivers zero calories in the place of sugar’s 4 calories per gram.

The same Nobu taste with less calories? We think Nobu just became a celebrity’s (even better) best friend. Probably why we saw Jennifer Lopez at the next table on our last visit…

Have you tried Nobu’s new monk fruit-sweetened dishes and drinks? What did you think?

The Hamptons meet The Maldives at The St. Regis Vommuli Resort

Does Nobu Still Deserve the Hype?

How Does Atlantis Stack Up As a Staycation Destination?

WMF Fusiontec: The Next Generation of Cookware