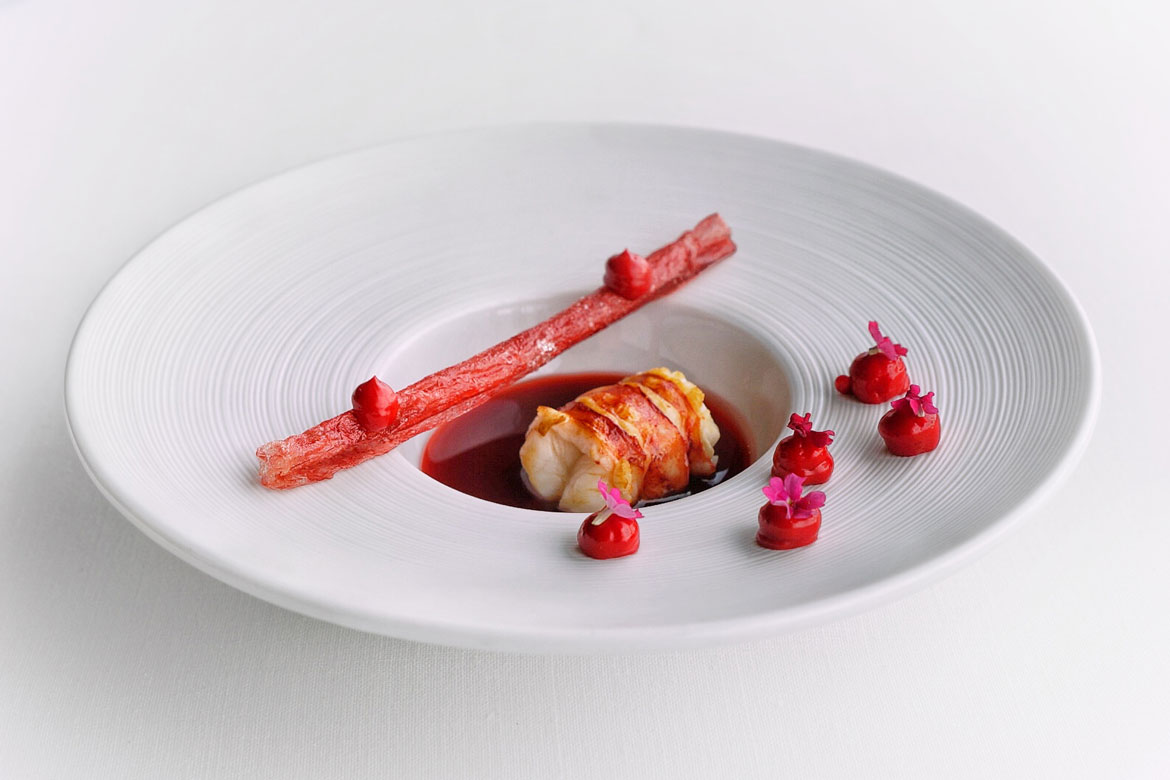 It’s with careful trepidation that I open the wax-sealed menu I’ve preserved from our Azurmendi experience. Being my favourite meal of 2016, I’m careful not to damage a single momento from the occasion. (I still have the little hessian pouch of Azurmendi pea seeds safely sitting in my kitchen – sadly Dubai’s not really the best place for cultivating plants.) I’m lucky enough to eat at quite a lot of the world’s very best restaurants, and it would be fair to say it takes a bit to really impress me. Azurmendi managed to do just that.

Situated in Larrabetzu (that’s the geographically correct term, but most visitors would probably just describe the location as the outskirts of Bilbao), I remember our arrival being a little stressful. But somehow, my trips to the Basque Country always are. It’s a foodie pilgrimage, with San Sebastián home to more Michelin stars per capita than anywhere else in the world, and neighbouring Bilbao offering up its own gems (no.59 in the world, Nerua, and no.38 our topic today). My trips to the region to taste their many culinary masterpieces have always been rather fraught with organisational stress. A lack of luxury and boutique hotels in the region is usually my first annoyance, with overpriced mediocrity amongst what does exist, my second. Add in somewhat inconvenient flight and train schedules in and out of the region, unpredictable weather and you’ve got a formula only battle hardened foodies will brave more than once (but hey, June 2018 will be my third trip to the region so it can’t be that tough – let’s just say it’s worth it).

After all of our travel related frustrations, Azurmendi was just what the doctor ordered. The calming antidote to taxi debacles, rental car parking stresses and crack-of-dawn flights. As cliched as it may sound, all of those annoyances magically melted away when I was handed a glass of house-made txakoli to enjoy in the Azurmendi ‘rainforest’. And so began Act One.

Having finally arrived at our destination, wine in hand, it felt rather fabulous to take a moment to chill. To soak in the atmosphere of Azurmendi’s beautiful ‘rainforest’, breathe in the crisp air, hear the gentle trickle of water. To absorb the feeling that something memorable is about to unfold. And that’s what Azurmendi does so well, maybe the best of any restaurant I’ve experienced thus far – they create a real ‘sense of place’. It’s an intangible factor that is possessed by those establishments that make it to the pointy end of lists and guides, an ability to balance sensory inputs with physical space and pacing. It’s a concept that’s hard to explain, yet it’s a feeling that’s instantly recognisable. The restaurant x-factor, if you will. Azurmendi has that.

We’re presented a picnic basket to enjoy with our txakoli, all the miniature elements crafted with equally as much attention to flavour as to design, the tiny txakoli punch spheres with their microscopic flowers a stand out. It’s just enough to whet the appetite for what is to come.

One would assume it’s now time to head to our table, but Azurmendi has other ideas. Next stop is in fact, the kitchen, the scene for Act Two. After getting a glimpse at the engine room of Azurmendi, a bonsai tree awaits with the next bite (it’s called ‘hazelnut’, but this bite is definitely about the foie factor) and sip (hibiscus).

No sooner had we have arrived in the kitchen than we were whisked away to our third location and with it, Act Three of the menu. A gorgeous light-filled, glass-house style room beckons us with cascades of scented smoke emanating from the central garden of the room. There are surprises aplenty here as you journey from station to station, each snack shining the spotlight on a different vegetable. A luscious corn soup, a leaf made from mushrooms, white asparagus cotton candy. Each as delightful as the last.

It’s not until Act Four that you enter the dining room proper, the panoramic views and spacious layout making it no less special than the previous three settings. Large tables with expansive spaces between them add to the luxury quotient and the relaxing ambience of the restaurant.

From the first dish of Act Four, ‘Frozen olive and vermouth’, the plating is exemplary. ‘Sticks’ and ‘eggs’ lay amongst leaves in a dish that is almost too pretty to eat. I’m sure you’ll agree from the photos that the dishes coming out of Eneko’s kitchen are a work of art.

I’m excited to see ‘Egg from our hens, cooked inside out and truffled’ arrive at our table, as it’s what I always think of as Chef Atxa’s signature dish. I’ve tasted it previously at an OAD dinner in Copenhagen (with Maaemo chef Esben Holmboe Bang and the Geranium team) and it’s even better when served at it’s home. Essentially, some of the raw egg yolk is carefully extracted from the sac and warm truffle mixture is injected to replace it, beginning to slightly cook the egg from the inside out. It’s as gorgeously photogenic as it is delicious, Eneko’s El-Bulli-liquid-olive of sorts that’s all his own.

I’m always a fan of tomato courses at fine dining establishments and ‘Tomatoes…local varieties’ doesn’t disappoint with its tomato salad, broth and sorbet. The next course, however, was my favourite of the meal, and my most loved dish of the year – ‘Garlic mushrooms’. Aside from the fact that it’s obviously a very beautiful dish, it’s the flavours that make this dish so outstanding. Azurmendi food doesn’t shy away from flavour, doesn’t restrict itself to numbers of ingredients in a dish, and needless to say is seasoned perfectly. The ‘noodles’ in this dish are, in fact, mushroom, and paired with garlic flowers, deep fried quails eggs and a hearty dose of mushroom/truffle umami factor, it’s an absolute knockout.

You’ll also spot quite a few dishes pictured here that aren’t listed in the menu above – with each of us experiencing different menus due to some allergies of mine, we were able to enjoy some extra courses. In particular, I loved the exquisite dish of cauliflower couscous and puree with grated black truffle, and the beetroot tartare with its olive oil pearls, puffed potato crisps and pea puree pictured below. I think you can get a very similar version at Eneko at One Aldwych if you happen to be in London.

The juicy ‘”Castañetas” pork glazed in its juice with “Etxano” cheese’ starts our segue into the protein section of the menu, the unusual cheese spheres really bringing something different to this dish. A croquette of suckling pig is insanely flavourful, crispy and juicy (though I don’t think this dish is listed on our menu) and ‘Pigeon, green beans and deuxelle’, another I had experienced in Copenhagen, is even better the second time around. The pigeon would be enough by itself but accompanied by a rich broth and liver parfait, it’s sublime.

Desserts are certainly not an afterthought at Azurmendi, and what has already been an amazing journey of visually beautiful plates gets turned up a notch with the arrival of ‘Peach and lavender’. It’s one of the strongest visual memories I have of the meal, but the desserts aren’t just pretty, the flavour combinations really surprise and delight. ‘Chocolate, peanut and liquorice’ consists of flavours I love individually, but I’m definitely amazed at how they work as a whole dish.

Petit fours signal the end of our amazing journey at Azurmendi, and it’s been a lengthy one – as usual, I think we’re the last table in the restaurant. With evening approaching and the light fading over the expansive vista afforded by the glass-walled dining room, I’m extraordinarily sated but sad to be leaving such an amazing restaurant. Azurmendi was my number one meal of 2016, and I can’t wait to return to see what Eneko and the team have in store next time I visit. Bilbao seems all too far from Dubai now – but next time I’m in the region, you’ll know where to find me. 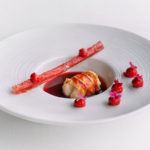 Restaurant Review: 101, One and Only The Palm, Dubai