Between their prized listing in the Metro Top 50 list and contrastingly, some mixed reports from friends, Hello Beasty quickly made it on to our must-check-out list. Auckland is flooded with Asian-fusion options, for which we are glad…but that does mean there’s a fair amount of competition (and comparison) in the market. White and Wong’s quickly asserted their position as the go-to Asian option in the Viaduct and have seen much success with franchises rolling out to Queenstown and Newmarket (the latter boasting a ridiculous 800 seats), but that’s just the tip of the iceberg. Britomart has Ebisu, Parnell has Woodpecker Hill, Ponsonby has Azabu, Blue Breeze Inn and Chop Chop – and those are just our favorites.

Located in the former premises of the Viaduct’s Cowboy bar (we can’t say we’re unhappy that that venue has departed), Hello Beasty has a great vibe. A giant neon Maneki Neko beckons from the back wall and we love the playlist – it’s even at an appropriate volume. It’s an almost full house at close to 9pm, and it’s a Monday. Clearly, people know what’s up.

Our biggest question was, would Hello Beasty stand apart from the crowd? From the first dish, it was clear that the answer was a resounding yes. The flavours at Hello Beasty are undoubtedly complex, leaning far more to the Korean side of Asian cuisine than most of Auckland’s incumbent Asian fusion eateries. 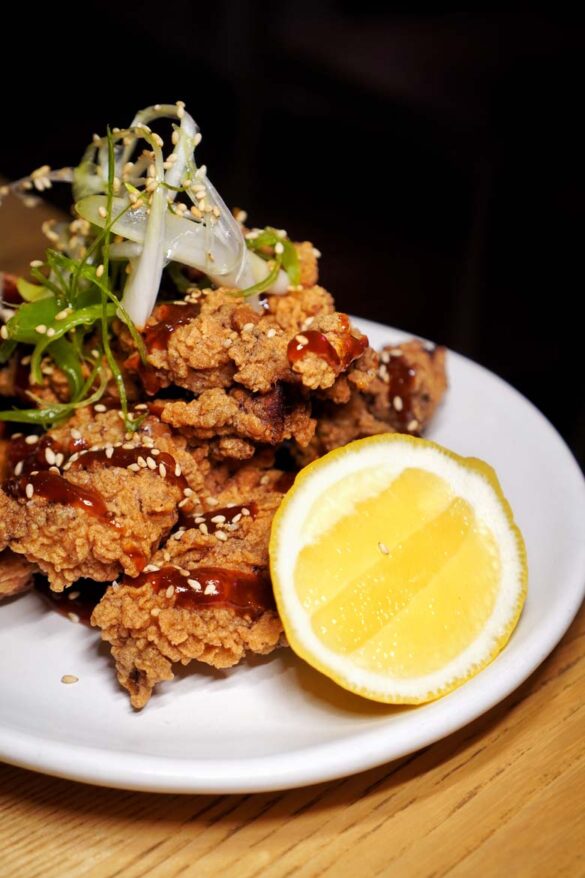 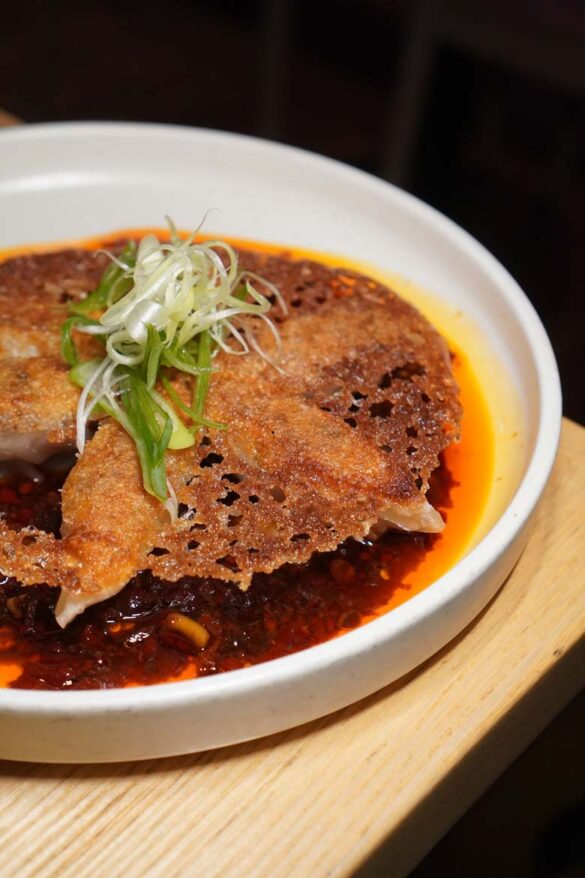 We feel like we’re experts in karaage chicken by now, and Hello Beasty’s Karaage chicken with red dragon sauce ($21) had us, well, shook. The coating is ridiculously crispy, the chicken juicy, the sauce flavourful. Absolutely some of the best-fried chicken in Auckland. Like all fried chicken, it’s better with mayo – so we suggest you order some on the side.

Next arrives the Wagyu beef and shiitake potstickers with Sichuan, garlic shoots, crunchy chili and light soy (6pcs $19) and it’s immediately clear that these potstickers are very different in flavour profile compared to most Asian dumplings on offer in Auckland. Whilst we were informed the sauce was only made from the aforementioned crunchy chili, garlic and soybean paste, that didn’t seem to reconcile with the complex flavours we were tasting. After much discussion with the kitchen, they confirmed there is indeed clove, cinnamon and a house-made spice water in the dish which would account for just how fragrant and perfumed the final result is (conversely, the Sichuan seemed totally absent). These are definitely not your standard dumplings – perhaps not for everybody (we’re not huge fans of cinnamon in savoury food), but points for complexity. 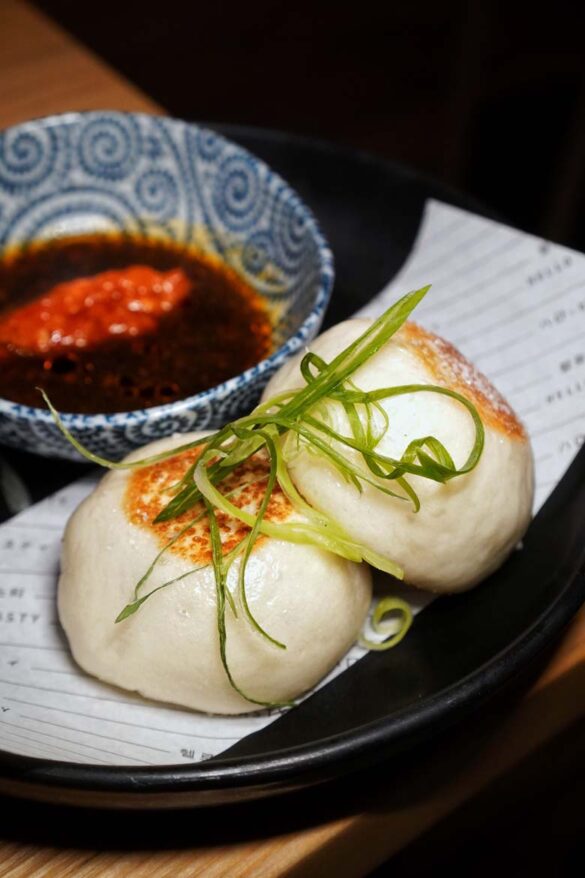 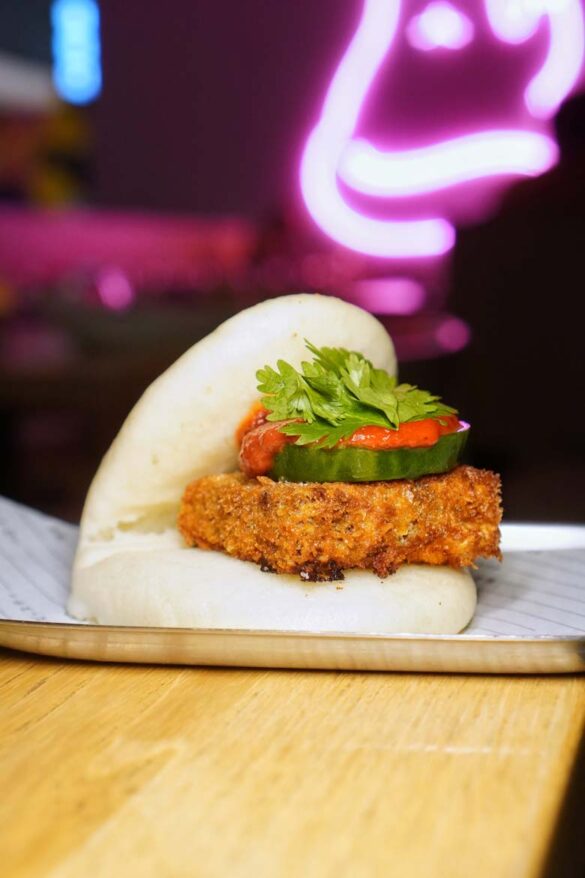 The Steamed Nikuman sticky beef cheek buns with Japanese black vinegar and chili jam (2pcs, $14) back up our impression that Hello Beasty is not just churning out run-of-the-mill Asian fusion. Fermented chili is the source of the unique flavours of this dish, and so far we’re feeling like Hello Beasty leans more Korean than anything else.

The Crispy master stock pork hock bao with pickled cucumber, chili, beetroot and lime sauce, coriander (2pcs, $14) ticks the box – the bao bun is soft and fluffy and the pork croquette is tasty and tender (though like the Sichuan in the potstickers, the beetroot wasn’t evident at all). We’d have loved more coriander and cucumber – in fact more herbs across the board would have been nice for contrast and freshness. 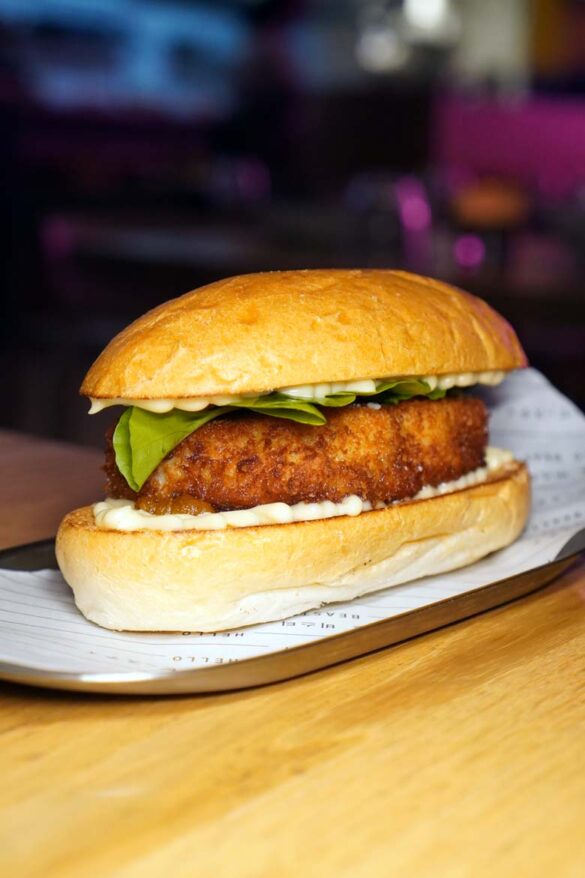 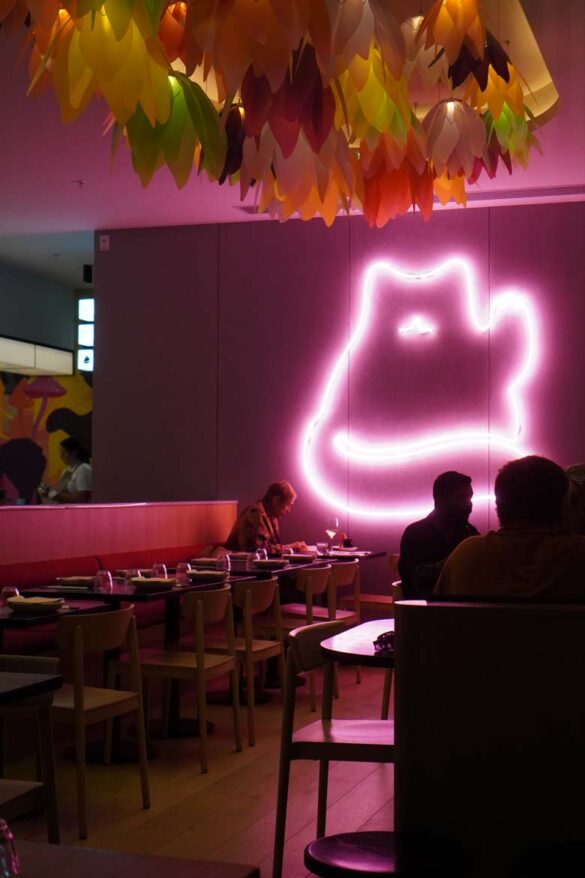 We’re not as impressed with the Roasted carrots, white miso dressing, carrot and sesame puree, shaved bonito and furikake ($8), however. The carrots are served whole, the large orange logs cooked to the point of mushiness. Combine it with carrot puree and it’s all a bit baby food for us. Carrot is one of favourite ingredients to see on a menu, so this was a disappointment.

The other miss of the evening was the Spring onion flatbread ($1.50), which was well, just flatbread, and not the flaky, oily spring onion pancake of our dreams that we had envisaged. It’s so cheap that we can hardly complain, but we’re glad we didn’t take up our servers suggestion of ordering one per person. Neither of these were big enough missteps to make a dent in our enjoyment of the awesome cuisine coming out of the Hello Beasty kitchen, however.

It’s not just the food that stands out at Hello Beasty, the service really shines – unusual for a casual venue such as this. Our server Gabriel took careful note of our allergies, whipping off to the kitchen and speedily returning with a comprehensive menu indicating what we could and couldn’t eat. Our wine arrived promptly, our water was topped up regularly and every time we requested mayo from the kitchen, it felt as if it arrived in mere seconds. Gabriel handled our many queries about ingredients with a smile, even when it meant going back to the kitchen to query another chef to get a more in-depth answer.

Will we be heading back to Hello Beasty on our next Auckland sojourn? Absolutely. There’s still so much of the menu we want to test drive and let’s face it – that karaage alone warrants multiple repeat visits.

What’s your pick when it comes to Asian fusion dining in Auckland?

We Review Forest, the Newcomer on Auckland’s Growing Plant-Based Scene

Our Guide to Auckland’s Best Restaurants

Thiptara at The Palace: Traditional Thai with a...