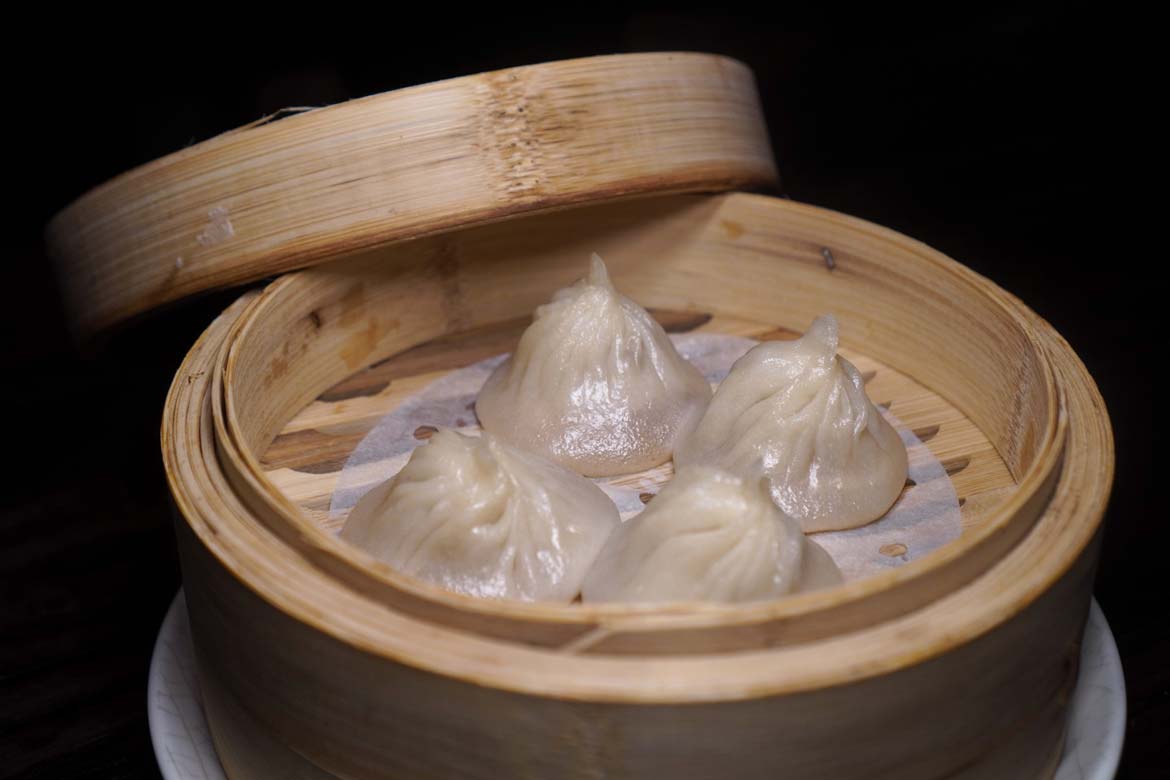 Given how much time we spend in Macau, the fact that we are fans of refined Cantonese cuisine (and casinos) shouldn’t come as a surprise. It’s for those two reasons we return time, and time, and time again. Great Asian food is certainly abundant in Auckland, but there’s long been a gap in the market when it comes to high end, traditional Cantonese dining – we’re talking more Hakkasan than Grand Harbour yum cha. Huami is finally bringing a contemporary atmosphere to Chinese restaurants in Auckland, something long overdue. Think sleek and dark, black and neon red…no brightly lit dining rooms with heavy white tablecloths and faded cheap crockery here.

Whilst it’s not essential to note that Huami is part of SkyCity, we feel it is worth a mention – as an upscale Chinese restaurant attached to a Casino, you’d better be good. High rollers will expect to feast on only the finest cuisine around, and as we’ve been lucky enough to dine at the multi-starred Chinese restaurants of Macau’s Wynn Palace, MGM, Grand Lisboa, Morpheus and more, we’ve got a fair idea of where the bar is set. Part of SkyCity’s Federal St dining precinct, Huami is located at the entrance to the casino, across the way from such renown celeb-chef establishments as Al Brown’s Depot and Sean Connelly’s The Grill and Gusto. SkyTower’s The Supper Club was once the jewel in the crown of the complex’s eateries, but since losing sensational head Chef Josh Barlow (ex-The Grove) who turned the once tourist-targeted eatery into a two hat venue in a mere six months, we’ll admit we’re hesitant to take it for another spin. Huami definitely has some big names amongst its SkyCity stablemates to live up to.

From the get-go, the service at Huami stands out. From tirelessly assisting with allergies (which helpfully, you can pre-specify on their booking platform) to seeking out some of the lunch dishes we had our eye on, nothing was too much of an inconvenience for the team.

Whilst we didn’t opt to test out Huami’s cocktails on this occasion, we were very happy to see the excellent Millton Viognier on the wine list. (The menu unusually specified it was served via Coravin, but this didn’t appear to be the case when poured.) We hear Huami has quite the reputation for its gin selection – something we’ll have to return to try while working through their bar snack menu, which sounds ridiculously enticing both in description and price (most $9 for three pieces).

Being long time Din Tai Fung addicts, we couldn’t go past sampling the Xiao Long Bao (Shanghainese soup dumplings, $16) and it would be an understatement to say we were impressed. Huami’s version took DTF’s signature staple to new savoury depths, the house dipping sauce served alongside also unique and complex. The pork and leek pan-fried dumplings ($16) were another hit, and their gloriously gelatinous spinach dumplings may have been a touch bland solo, but came to life once topped with their ridiculously moreish house chilli sauce.

Our table mate isn’t usually one for cold starters, but Huami’s uber-tender spicy peanut bang bang chicken ($15) won them over with its well-balanced heat and rich flavour (and plenty of onions, a plus if you love them as much as we do). We do need to make the disclaimer that we tried mostly dim sum style dishes at Huami, as opposed to the large plates which make up the majority of the evening menu. Dining as a duo, they felt too overwhelming to tackle without more diners, but something we’d possibly return to test out on a future occasion. The one large plate dish we did try on this visit was Huami’s Peking duck, which, like xiao long bao, is something we’ve enjoyed at many of China’s very finest starred establishments; so let’s just say, we’re pretty fussy. Much to our relief, Huami’s duck, sourced from Cambridge and dried for 72 hours, passed even our uber-high standards with flying colours. Kanuka wood (or occasionally fruit wood) is used for preparing the duck, as it provides a delicate flavour, producing less smoke than the more well-known manuka. The result is a perfectly juicy, tender duck with spot-on crispy skin and fabulous fat balance between these layers. The pancakes are delicate and supple, the (again house-made, like all of the sauces) hoisin sauce resembling molasses, significantly more complex and refined than the usual supermarket issue sauce. Taking a peek inside the open kitchen, it appears that most of the chefs are Chinese so no doubt, this brings a lot of skill and traditional technique to Huami’s bustling kitchen – and it shows in the elegant and nuanced flavour profile of the dishes.

We’re happy to see that desserts are classically Chinese in style, some with touches to soften the shock to western palates. One such dessert is the steamed ginger soybean custard ($15) which was tasty, but texturally challenging; we can definitely see why they serve a brown sugar syrup on the side to cater for more western palates as alone, it’s more savoury than most would expect from a dessert. The braised ginger sweet soup with avocado dumpling ($12, lunch menu) is quite similar in flavour profile to the custard due to the sweet ginger notes that remind us of an apres-spa tea. Don’t be too afraid of the unusual sounding avocado dumpling, it was surprisingly pleasant and for us, reminiscent of red bean. This soup was our pick of the three desserts we sampled, the least favourite being the one that sounded the most appealing on paper – mango pudding, roast pineapple, coconut kaffir lime ice cream ($18); sadly the mango pudding was much too firm, the texture and flavour missing the mark.

We’ve long been on the lookout for a stylish traditional Chinese option in Auckland, and it looks like we’ve found it in Huami. We’re already planning to return for their enticingly well-priced bar snack menu and gin cocktails – and hopefully, we’ll eventually round up enough diners to put their larger plates to the test.

Where do you head for traditional Chinese dining in Auckland? 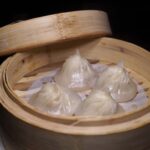 Potato Head Suites: Is This Bali’s Most Polarising Hotel?