Currently on a mission to discover the best spots to take guests when in Dubai, and of course always being on a mission to discover the best food in Dubai, I was intrigued when offered the opportunity to check out Katana. Residing underneath the still-under-repair let’s-not-talk-about-that-NYE-incident Address Downtown Dubai, location-wise it looked like it had the potential to tick both boxes if the food measured up to it’s prime downtown position.

For some reason I had never noticed that Katana has a front row seat when it comes to gazing upon many a Dubaian’s favourite landmark (and world’s tallest building), the Burj Khalifa. I have some serious love for this building, so any chance to enjoy it’s beautiful night light show (and dancing fountains) is one I’m keen to take up.

Apparently we had ‘the best table in the house’ for watching the Burj Khalifa, and I certainly wouldn’t disagree. The view was spectacular – it’s dinner and a show. In terms of being a visitor-worthy spot, it instantly got a big tick in that department. The question remains: will the food live up to the view?

Apparently Katana is an offshoot of a famous celeb haunt in L.A. – can’t say I’ve seen a Lohan drunkenly stumbling out of it on TMZ so I’ll have to leave that claim unverified. It joins the ranks of big city import concepts such as Zuma, Gaucho, Nobu etc – for me that means it really better be good if they’re just using franchise recipes. Personally I’m more of a fan of seeing an individual chef’s passion, inspiration and innovation on the plate, but I’m still open to being wowed by a franchise concept – I certainly was recently at the new Shanghai outpost of L’Atelier de Joel Robuchon so it’s definitely possible.

We’re here to take the new Summer Sunset menu for a test drive. Let me preface this by saying (and yes feel free to pity me) I can’t eat seafood. Yeah, yeah, I know. So I’ll be road testing menu options that feature land-dwelling flora and fauna.

Speaking of flora, we kick off proceedings with a Japanese salad and edamame. Both get a tick from me but these are pretty standard dishes so I’m eagerly awaiting the good stuff. It arrives soon enough in the form of a dish specially created for lil-non-seafood-eating-me, and my gosh it’s spectacular. This sweet, sticky, crispy fried rice rectangle topped with amazing avocado goo is a wonder to behold. Well not just behold, but taste and devour. I don’t know how to describe it further, so just go there and ask for it. Good luck with that, it not being on the menu and all.

The robata course is up next, served with a trio of sauces that we are informed complement seafood, meat and vegetables respectively. We are presented an asparagus skewer, a Negima chicken and spring onion skewer, and what I believe is a beef-in-a-mushroom skewer, all grilled over Bincho-Tan coal (Disclaimer: I do not claim to have any idea what Bincho-Tan coal is). I’m going to give you a tip here though – don’t bother with the sauces. Please don’t (though I’ll agree with AtoZaatar in saying the ginger dipping sauce was by far the best). I know we all can’t resist dipping once we’re presented with condiments but let me tell you the robata skewers are better without the sauces. So much better. What would go well with the skewers however, is some Japanese mayo. Always works. Anyway, the chicken is the best of the bunch and absolutely divine, the beef takes out the silver and the asparagus a distant bronze. Given that we’re dining as a twosome, I’d prefer to be presented with individual skewers though as we again face the common problem of diving three (portions of beef-mushroom goodness) into two diners. Agh! Despite their name, chopsticks are no good for chopping.

Next up is some seriously tantalising tempura. So good. Perfectly crispy light batter with well prepared veg – the eggplant is even sliced into a fan giving extra surface area. Fab idea!

Our maki and hand rolls, being vege-friendly, are a little on the boring side. Cucumber, avo. A bit meh. But I suppose that’s my fault for not wanting to devour all living sea creatures (I prefer the term ‘underwater sea creature guardian’ to ‘person who is allergic to seafood’). Though I will say this – Dubai, did you know you can put non-seafood meat items into sushi? Like chicken and beef? Where I hail from (New Zealand), this is standard and very well received procedure, but the concept doesn’t seem to have reached this side of the world yet which is a shame. C’mon chicken and beef sushi, I’m rooting for ya! It’s good you know, trust me.

Next up, a meat dish – what I believe is a teriyaki-style sliced beef rib. Succulent, flavourful – but messy and really hard to eat with chopsticks. Battling bones and fat layers with chopsticks is not something I’m able to do in a ladylike fashion, I’m all too afraid I’ll leave looking like a teriyaki-meets-Jackson Pollock mashup.

It is tasty though. The green beans and fried rice that accompany don’t really hit the spot for me however and I would have rather they be omitted.

Sadly, the savoury section of our Summer Sunset menu has now concluded and we are on to desserts. Thankfully, these are really rather delish. We’re asked to pick a flavour each out of three sorbets and three ice creams, and go with mandarin (sorbet) and coconut (ice cream). Both yummy, but I would have preferred smaller scoops of all so we could sample the entire selection.

Our dessert course also features a matcha fondant with vanilla ice cream, and despite me not being a matcha fan girl, this is a hit in my books. I (thankfully) don’t get detect the usual powdery, grainy mouthfeel that ensues whenever a dessert mentions matcha – instead it just tasted like a delish vanilla take on the chocolate fondant. Oh, but it’s hulk-green, but of course.

This parade of tasty Japanese fare is available for the very fair price of 180dhs (or 245 for a slightly posher version of the menu) – I think that’s pretty good by Dubai standards, especially when you consider the view and location. Service was great in some parts, but perplexingly questionable in others – more menu knowledge would be a plus.

When dining on the Summer Sunset menu, for a measly 30dhs extra you can add two drinks out of a selection of two cocktails (lychee or watermelon martinis) and house wine. Yes, that’s a bargain, but one thing I’ll say about the wine though, is that the tide is seriously out. I’m told it’s a 120ml pour, which is very small by my wine loving standards, but it even felt shy of that. For that reason alone it stopped me going back to order more wine, if that’s the standard pour I’m out.

Despite the skimpy pours, the food was fab, and as I’ve mentioned far to many times so far, so is the view. For those reasons, Katana is going on my ‘Best places to take guests’ list, and heck, even if you don’t have guests, this is definitely a Dubai locale you need to check out. 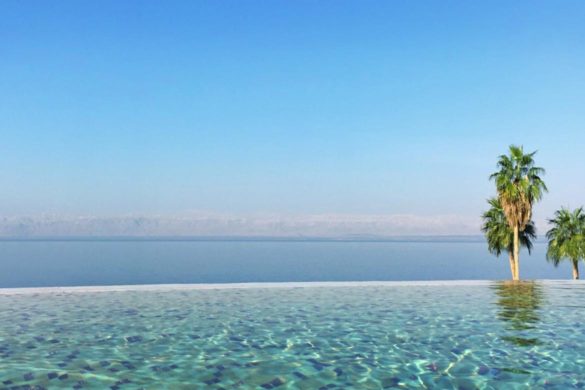 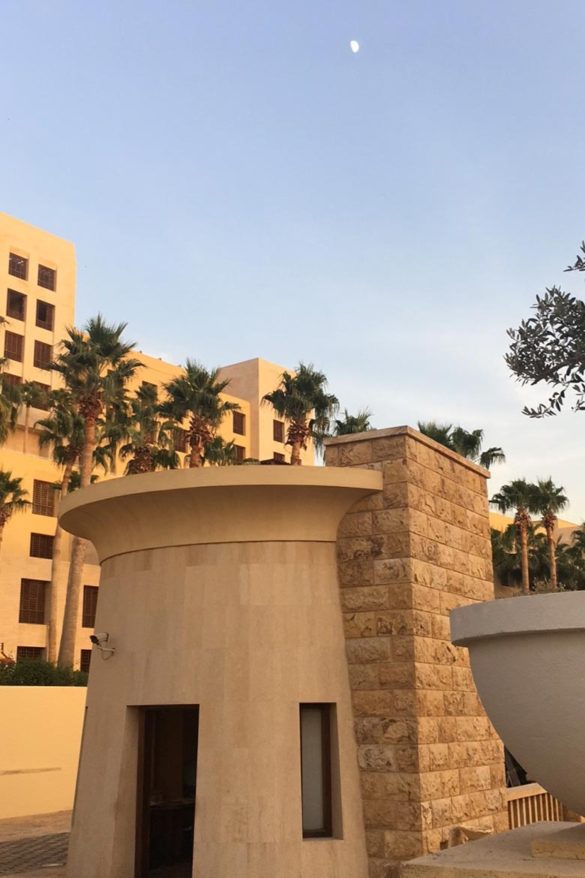 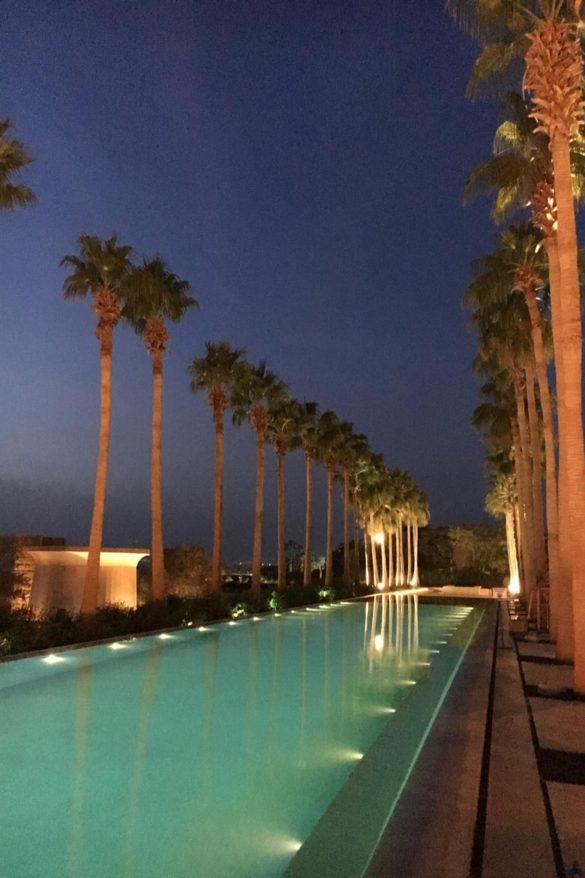 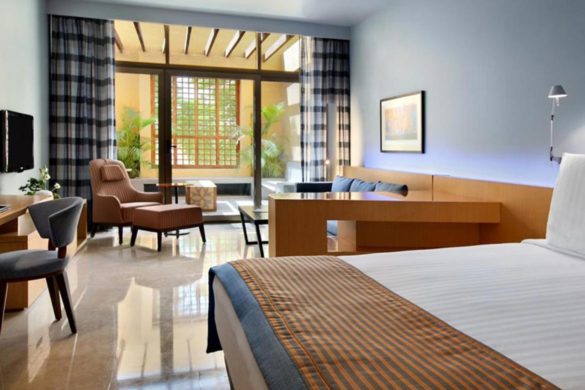 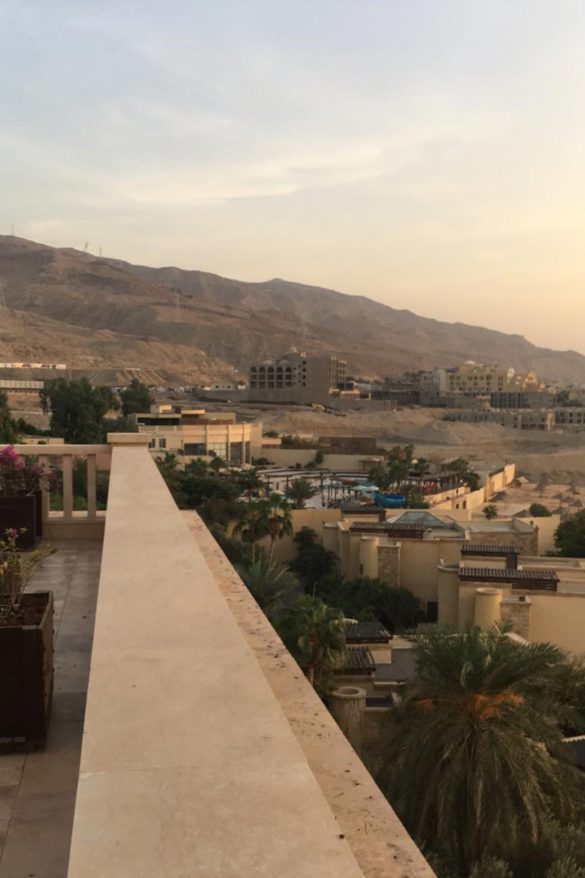 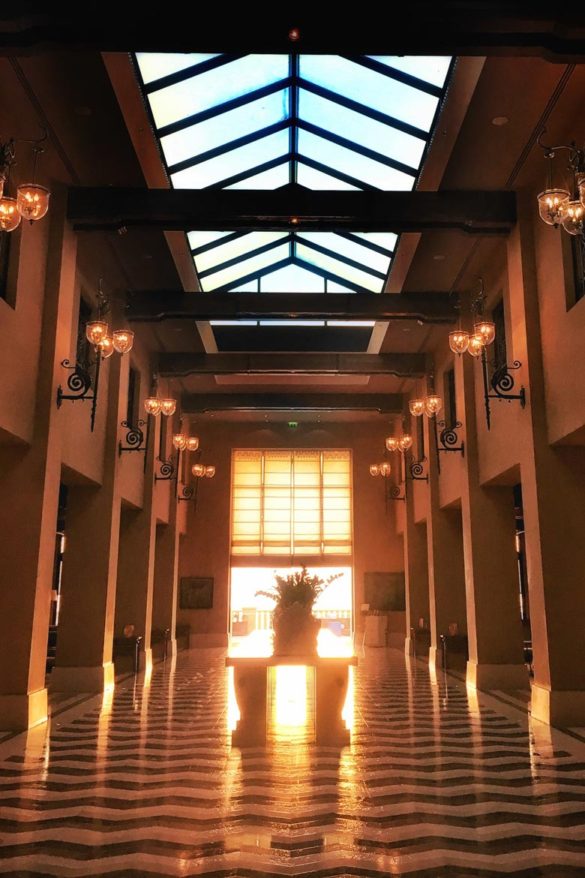 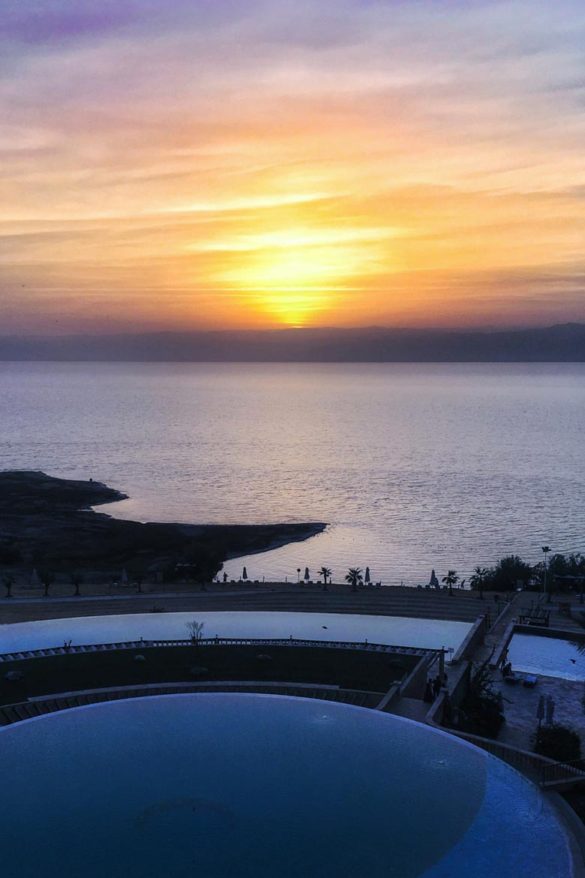 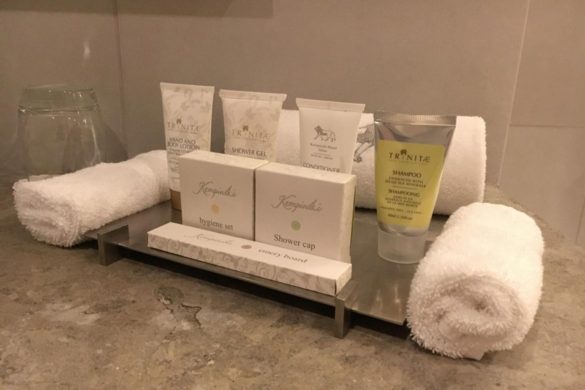 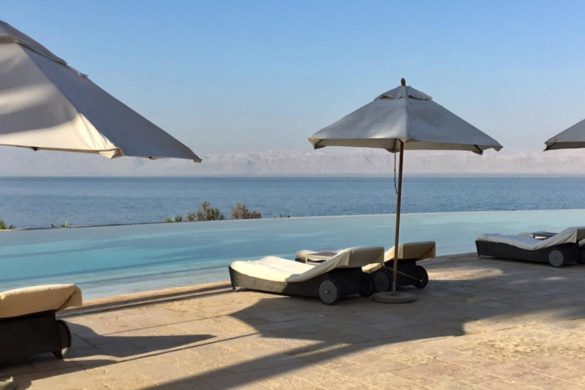